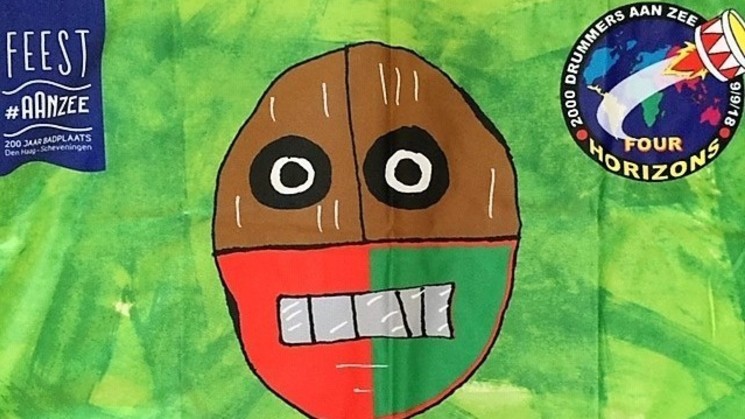 Last Sunday the drum spectacle of Cesar Zuiderwijk took place on the beach of Scheveningen. Between the various performances, attention was paid to the Rick Jonckheere Foundation.

A previously recorded short film by René Creemers was shot on 2 large screens. In the video something was told about Rick and the disease CVID. Cesar also took the trouble to tell something about this.A nice gesture is that all flags that have been specially designed for this event will be auctioned for CVID.

A day later we received a call from Cesar in which he indicated that he also wanted to be an ambassador to the foundation. This was great news!

On the main stage Ton Dijkman has played on Rick's drum kit. The event was a great success with great weather, many visitors, performances by a number of top drummers, a performance by the Golden Earring and, in particular, many participants who played on instructions from Cesar. Impressive to hear!